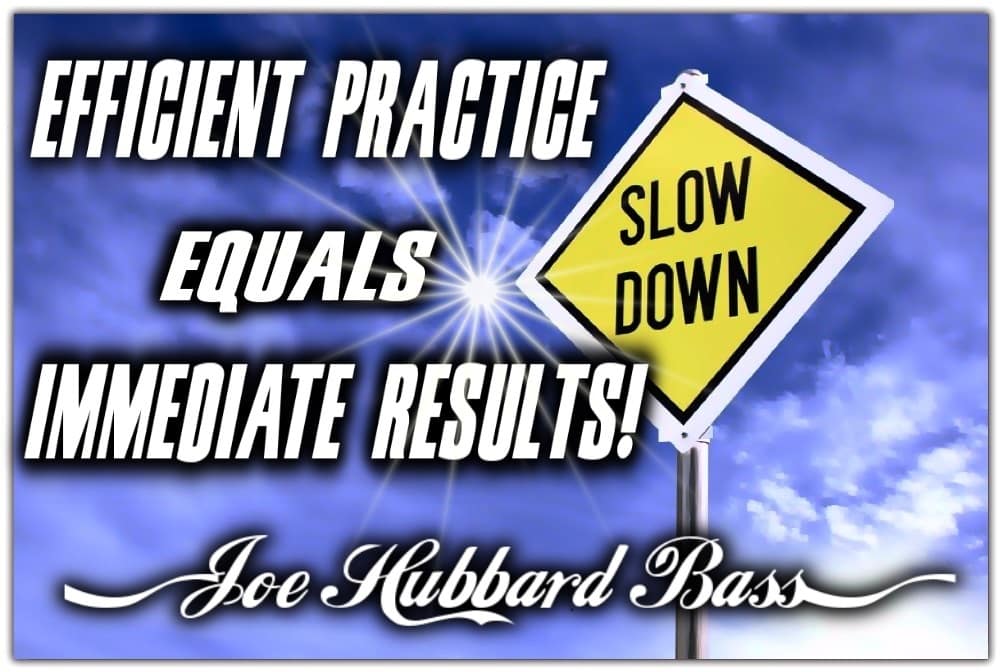 As a beginner, the first thing that you want to establish is the correct mindset for efficient learning and improvement to take place. For starters, I believe it’s important for beginners to keep in mind that their involvement in learning the bass guitar is primarily for enjoyment and personal growth.  In other words, bass playing is just a hobby consisting of both the art and science of Western music.  As a science (practice), we should all focus on making progress on the instrument with everything always pointing towards the components of music (rhythm, melody and harmony) and how that relates on the bass guitar (technique).  As an art (performance), it is something that should be enjoyed and shared with other like-minded musicians in our spare time.  Both of these focal points – which are two sides of the same coin – should focus on progress; no matter how fast or slow the progression occurs.

No doubt that every beginner bassist has experienced a barrier between what they have musically imagined and what they actually played, and along with that limitation have probably dreamed of one day being able to pick up their bass and play whatever comes into their mind at the speed of thought- right?  With that said, most beginners think that the first step to achieving these kinds of musical skillsets is to pick their bass up and try to play as fast as possible.  After all, if the music I’m listening to is fast, shouldn’t I learn it the same way on the bass?  Contrary to popular belief, the answer is a resounding NO!  Continuing to follow this directive to develop your instrumental proficiency will keep you trapped into exactly what you’ve been doing for years…that’s right- t-r-y-i-n-g…over and over again and never making any real progress!  We don’t want to keep trying, but instead develop the ability to start d-o-i-n-g and the first step towards improvising bass lines and solos is by slowing everything down exponentially!

Try this exercise: play a Db major scale at a medium tempo. Ask yourself, how familiar are you with the notes you are playing?  What about the sound and character of each note?  And, how aware are you about how the notes function within that scale?

Play the scale again, but this time play each note until the note stops ringing. Say the note name out loud, listen to the quality of each note thoroughly and say the note function.  Now play the same scale on every string, but this time consider the distance between each note.  Play the first note to the second note, then the second to the third and so forth.  Make sure to stop between each two-note group, only concentrating on the sound it produces.  Make sure you are holding each note until it stops ringing.

We could go on, but let’s talk about what just happened. In an incredibly short amount of time you’ve probably played a “shape” that you’ve played before.  However, you’re most likely not quite as familiar with the key of Db major, so you were forced to learn the notes that were under your fingers and line them up with their scale function and their sound character.  Taking what you’ve just learned, you then translated that linearly up and down each string discovering again a myriad of note positions that you were previously unfamiliar with.  While doing that, you also discovered the distances between each 2-note groupings of the scale and the sound that produces.  So, as you can see…we’ve slowed down and in a very short amount of time have made significant progress.

I’m running a new Bass Foundation Course which starts on August 31st which has been designed for the beginner student and teacher with the emphasis on “Efficient Practice Equals Immediate Results!” If you want to be one of my 2019 success stories, then click on this link to get started!