Why Would I Serve You Filet Mignon, When Everybody’s Lapping Up the Dog-Doo? 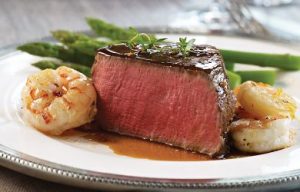 Why would I serve you filet mignon, when everybody’s lapping up the dog-doo?  Because I can!  It’s a simple answer to a not so straight forward question, but it’s based on years of investing time and money into my musicianship skills, which include studying with some of the best jazz and composition teachers on the planet, along with playing with some of the best musicians and recording artists around.  But this still begs the question of why there is so much “junk science” being peddled as “the real thing” by so many unqualified people, all over the internet, who mostly, haven’t played with anybody of repute or paid any significant dues as working musicians.

This is really all part of a much bigger problem.  Pop and rock music from the 70’s and 80’s in London was filled with a lot of great musicians and memorable performances.  Just look at some of the bass players who were actively on the scene back then contributing great musical content on a regular basis.  Some of the more noted bass players included, Mo Foster, Pino Paladino, Nick Beggs, Mark King, Martin Elliot, Guy Pratt, Graham Edwards, John McKenzie Felix Krish, Mick Karn, John Giblin, Paul Westwood, Steve Pierce, Laurence Cottle, Andy Pask and yours truly.  Mind you, this is only a partial list of the bass players who were actively on the recording and touring scene, which really outlines how prolific the music scene was back in those days.  It is also indicative of a certain level of musical standard that you had to have, because if somebody booked you on a gig and wanted you to replicate a Mark King slap groove or Pino finger funk idea- you had to be able to cut this and in real-time.

Now look at what’s happening with current trends in pop music today!  Most of it is filled with forgettable artists, lacklustre performances (if any), disposable songs, along with very mediocre programming.  Where are the unforgettable bass performances on recordings by people like Jay Z, Rhianna, Lady Gaga, et al?  Do they even exist?  You see, when the music industry itself starts heavily investing in mediocrity as the “new normal” then this mentality overflows into other areas of the industry, which includes music education.

I am constantly hearing the echo of these new-wave Jacklegs all over Facebook and Youtube, who have little to no real-world experience, constantly referencing the catchphrase, “Just tryin’ to keep it real,” while teaching nonsensical and substance less bass lessons on the internet.  ‘Keeping it real’, is based your daily struggle to become a better bass player.  Yes, it does include subjects like Theory, Technique, Harmony, Rhythm, Improvisation, Ear Training and most importantly, Repertoire.  However, these elements must be blended together properly.  You can’t just throw a bunch of random ingredients into a cake and hope for the best.  Occasionally, you might end up with something that’s okay, but mostly- you’ll end up with a lop-sided cake.

My history as a teacher is a strange one.  I’m the guy who everybody ends up studying with, after they have tried other failed methodologies that don’t work.  I’m really a ‘fix-it’ guy who has literally helped thousands of people worldwide turn their bass playing around.  Kind of like a friendly drill sergeant who whips your musical skills into shape ricky-tick!  Of course, you can study with me in-person via Skype or through my email bass correspondence course, but you could also get a serious musical education by enrolling in my ‘2-Year Bass Mastery Course’ on www.joehubbardbassvideos.com.

My bass membership website is a continuity/mentorship program and the value is quite staggering in relation to what you will receive.  Also, available is a library of master class presentations all based on the essential elements of Western music.  A common question that I get is: “Are the lessons the same between the 2-Year Bass Mastery Course and the Lesson Lounge library?”  The answer is no. The Lesson Lounge content can work as either standalone master classes or lessons that complement the 2-Year Bass Mastery Course.

P.S.  If you have any questions, then please leave your comments below.