How important is a music education to you?  Have you also considered the value of taking bass guitar lessons and the return on investment that it will bring you in the long run?  Many bass players today haven’t done the proper research into the “real-world” importance of being prepared in advance for the performance stage of playing their bass guitars.  Please remember that performance (what you want to do) has to be punctuated with preparation (what you have to do in advance) in order to be effective.  In other words, the “art part” of bass playing is what you bring to the table in terms of unique personality and style, but it is the “science part” that deals with the practice methods and the process for discovering the immutable musical concepts that have been used by all outstanding musicians throughout time to achieve outstanding musical results.  With that in mind, let’s not put the cart before the horse; in a proper learning context science comes before art!

In this day and age it is important to analyse where you would stand  as an aspiring bass player without the proper skills to effectively perform in a professional situation, as opposed to the way this affected the average bass player back in the early 1980s, thirty-something years ago.  You see back then record companies worked on large recording and artist development budgets.  For a band to take six months to record a record was common place and the “dirty little secret” was that many of the musicians of the time could not really play their instruments properly.  The music industry slowly devolved and due to the dilution of value placed on real musicians – instigated by greedy record companies and music moguls – by the 2000s the music industry had begun to implode on itself which left many record companies, bands and production companies completely bankrupt. 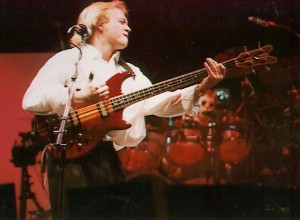 Now, let’s just rewind a bit and talk about how the evolution from the 80s to present day has affected working musicians and more succinctly bass players!  There was a brief period in the 1980s where much of the pop music that was in the charts was highly influenced by slap bass playing and fretless bass playing.  This was a prosperous period for the few bass players who could actually play, because in order for a band to replicate what was played on a record, it required someone who possessed the right amount of skill to actually play it in real time.  Of course many things changed when MIDI and computer sequencing arrived on the music scene; this was exacerbated when sampled instruments started weaving their way into the world of music technology.  By the late 80s this was starting to take its toll on the average working bassist because although technology was working in the favour of keyboard players, music manufacturers at the time were finding it difficult to create outboard effects for the electric bass that simulated synthesizers and accurate tracking capabilities with effect pedals such as octave dividers.  As this devolution continued, many bass players who were working in the 1990s spent most of their career miming- either on TV or live performances!  Imagine being hired to play on a major tour only to be told that you will be miming on the majority of gigs.  This was truly the birth of the Karaoke Generation.  Many of the popular bands and artists of the day couldn’t sing or play.  It was becoming easier for touring pop acts to mime live and fake it, rather than play for real.  But, there was one hiccup- these bands and artists were lying to their fans.  They weren’t self-admitting to performing with backing tracks, they were ripping the public off!

By the time the Millennium was under way internet downloading paved the ultimate demise of many record and publishing companies and has literally changed the music industry forever.  Within all of this negativity, how has this situation positively affected bass players who are properly educated and who can actually play and function in a professional situation?  One of the biggest benefits for artists and bands is that the big record companies, who really functioned as middlemen between the artist and the public has been pushed aside.  Of course the downside is that big record company advances no longer exist, but in retrospect many of these greedy music moguls were nothing but glorified loan sharks.  It’s no secret that many artists and bands have been left bankrupt caught in the clutches of the big music mogul’s teeth of the 80s and 90s.  In fact, due to the advancement of technology many new artists and bands are getting back to their grass roots by recording their own music without being told that they have to follow a “cookie-cutter” formula to sell records.  With the advent of the internet and social media, more and more musicians are developing their own following and releasing their own product.  Finally, due to budget restraints, people are actually playing again.  That’s right, live playing has come back into vogue.  And guess the news?  All those guys who based their playing careers on not playing (miming) are now either playing catch up or falling into obscurity as superfluous entities.  More than ever, right now is an exciting time to prepare yourself in advance if you are interested in becoming a performing musician/bass player.  What is the key essential ingredient that will prepare you and turn you into a valuable commodity as a working bassist?  The answer is simple- quality education by a qualified instructor!

Look, you are going to wake up in five, ten or fifteen years whether you take my advice or not.  The only difference will be what kind of value you have added to your life in regard to your bass playing and general musicianship.  Small changes that you make right now will make all the difference.  Check this out: a rocket aimed at the moon has to be lined up perfectly in order to reach its target.  If the rocket is just one percent off, or three degrees, it will miss the moon by 13,000 miles.  Just look at the difference one percent can make over a long stretch. 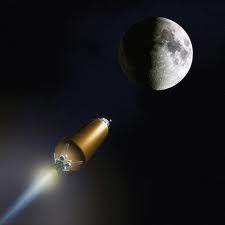 So, what are your options? If you were to attend the most reputable music schools in the world, it would cost you in excess of $100, 000 for eight semesters, which is four years of study to end up with a degree in music.   So how do you achieve getting a quality music education without spending over a hundred thousand dollars?  If you are still reading this and trying to figure out the answer to that question, it basically tells me three things:

Well, I have developed an easy to understand training and coaching program that anybody could get.  All of the material is organised into regular weekly modules that will integrate what you are learning about the bass guitar at your own pace.  This is an educational, reprogramming and mentoring course that incorporates accelerated learning technologies and rapid integration exercises.  You can enjoy this training from the comfort of your own home via Skype ; become a member of Joe Hubbard Bass Videos 2-Year Bass Mastery Course or through purchasing my instructional books.  You might be asking yourself, “Why should I choose you as a teacher?”  The fact is that I may not be the right teacher for you.  You have to decide that for yourself, but with over three decades of experience, what I can tell you are the types of people who are attracted to my teaching methods.  People interested in my style of teaching are after a few key elements:

If you don’t want any of these things, then please do not choose me as your teacher because you will be disappointed.  However, if you relate to this style of teaching and really want to change your bass playing for the better, then I may just be the right guy for you.

The program you will learn with me is a proven system.  If you do not address these immutable musical principles – that all the best players in the world know about – you will end up getting stuck over and over again no matter how many times you try.  Many of us think we know what we should be learning, but in reality we often end up making the same mistakes due to lack of direction, motivation and most importantly lack of mentoring.  This happens in other areas of life as well.  We all know we should exercise and eat the right foods, but laziness and temptation gets the better of us and we end up fat and out of shape.  Relationships also have the propensity of  following similar dysfunctional patterns; we all think we know the right way to do something, but often loose perspective and interest due to a lack of qualified guidance.  It’s like baking a cake- if you don’t put in the right ingredients, in the right order, you’ll repeatedly end up with a lopsided cake.  Please remember that there are always a hundred different ways to do something- a right way, a wrong way and ninety eight other ways inbetween; I’m only interested in teaching you the right way!

I deal with each inquiry personally.  Please do not feel that you have to be an advanced player to take bass guitar lessons with me.  My teaching system is proven for transforming beginners into professional standard bass guitar players.