3 Ways to Use Melodic Minor Over II V I Progressions 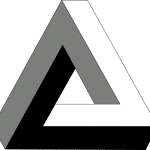 Minor II V I progressions are a challenge to perfect compared to its sister progression in major tonalities.  It is also the gateway to really getting inside of jazz standards because you need an equal ability to play over both major and minor chord sequences and the backbone of this vernacular is found within II V I progressions.

A very cool methodology to apply to your arsenal when tackling II V I progressions in minor, is to convert each chord to a different melodic minor scale; or you could think of it as superimposing Min(maj7) chords over the II-7(b5), the V7(b9) and of course the I minor triad is a Min(maj7) derivative already.

Analysing this line, I’ve used the Fmin(maj7) over the D-7(b5).  This functions as b3, b5, b7 and 9 over the II-7(b5) chord.  Similarly, I have superimposed an Abmin(maj7) over the G7b9 chord which gives us b9, 3, b13 and root over the V7b9 chord.  Over the I chord I am playing Cmin(maj7).  Please note that the most common I chord used in minor progressions is a minor triad.  When extending that triad into a 4-part chord and really nailing the minor tonality, you should be playing a Min(maj7) chord.

So there it is- a simple and direct concept to understand 3 ways of using the melodic minor tonality over a complete minor II V I progression.  With that said, this concept is really useful for soloing and as bass players we mustn’t forget what the original chords are when laying down a supportive bass line.  However, when soloing and striving to create some effective melodic lines, this method will improve your understanding of playing over minor II V I progressions exponentially!

Until next time…practice smart, work hard and play creatively!